Celebs Proclaim Smoothies as the Secret of Glowing Skin 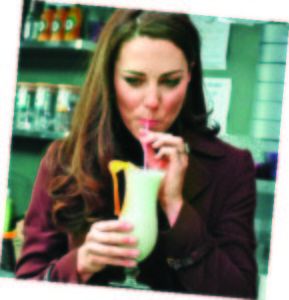 As surprising as it might sound, the drinks that you see health-conscious celebs, like British chef Jamie Oliver and Kate Middleton, wife of Prince William, holding in paparazzi pictures are smoothies. Yes, today that’s the food/drink that the whole world is obsessing about!

Many celebs have been quoted as saying that the secret to their glowing looks are smoothies. That’s why the smoothie has made its way into millions of people’s homes and lives. TV shows, food blogs and books describe the multitude of ways to enjoy a healthy, delicious and nutritious smoothie. And it’s so simple – just a blitzed blend of fruit.

But it’s not only in recent years that smoothies captured the attention of the world. The first one dates back to the 1920s, when blenders were invented. Since then, the smoothie has come in and out of fashion, until now where it has firmly entrenched itself – not only in the western world, but even places like India, Japan and China.

Why? The short answer is because people want something that’s quick and easy to make and something that’s good for them. With health, nutrition and fitness being top priorities, smoothies, as well as other natural frozen beverages, have become a saviour for those who want nutrition but don’t enjoy eating fruit on its own. Thanks to smoothies, parents can provide their kids with more balanced diets and, if you are trying to lose weight, a smoothie allows you to cut down on one meal a day.

You Speak, We Listen; Why Our Smoothies Are Even Healthier Now!
Flowers, Cards, and Smoothies for Mum
Beat the Summertime Heat with Refreshing Smoothies!